Early Stages of an Incident & M/ETHANE

4.0 Early Stages of an Incident

For incidents with multiple sites, or an incident that initially appears to be a number of separate incidents, emergency service control rooms are best placed to recognise that a ‘multi-agency’ incident or ‘major incident’ may be in progress.

In other cases, first responders may recognise the nature of an incident and the need for a multi-agency response.

During the early stages of an incident it takes time for operational structures, resources and protocols to be put in place. This is likely to put initial responders and control rooms under considerable pressure. All the required information may not be available and commanders may have insufficient resources to deal with the incident.

In order to help all agencies gather initial information about an incident in a consistent manner, a common approach is recommended. The ‘METHANE’ model brings structure and clarity to the initial stages of managing any multi-agency or major incident.

A major incident is defined as[1]:

An event or situation with a range of serious consequences which requires special arrangements to be implemented by one or more emergency responder agency.

Declaring a ’major incident’ triggers a predetermined strategic and tactical response from each emergency service and other responder agencies. It takes time for operational structures, resources and protocols to be put in place. Declaring that a major incident is in progress as soon as possible means these arrangements can be put in place as quickly as possible.

The METHANE model is an established reporting framework which provides a common structure for responders and their control rooms to share major incident information. It is recommended that M/ETHANE be used for all incidents. 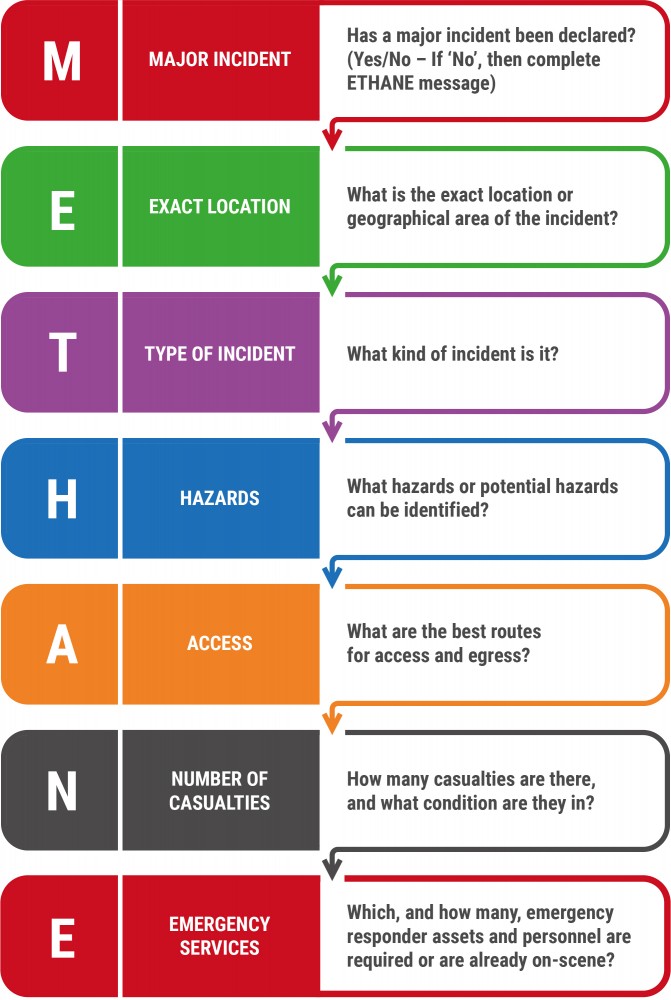 Get the latest news from JESIP delivered straight to your inbox.